Rhythms straight out of a sixties pop song Josie and The Pussycats with tough rock chords and a little girl’s voice on this number there’s a nice rocking feel like a ship rocking on the water with squalls of heavy metal threading in and the song matures like a good Bordeaux this next is very childlike a singsong tune a nursery tune then it slips gear quick and back into heavy pop with a stop out of nowhere this one has a grand feel teen glory in the dating field a good spring dance in the gym or on the beach as night closes in the vibes have a glittering romance with touches of classic nineties alternative is this the new classic?

Arkm Foam plays his electronic kits with the ease a child plays with alphabet blocks, perpetually learning new things about the ABCs of sound, and sharing them with the audience. Foam plays with constants and spontaneity in his music. Chugging, unbalanced rhythms bleed from his machines, and parts of them will get severed, creating flights of sonic UFOs with no fixed destination. With these he explores the sound worlds he has created, and they either get left like satellites to spin on in limbo, or they become part of the massive rock face, which you climb like a mountain on a sunny day on Saturn. This is highly crafted space science but approached with an innocent ear open to surprise and play. 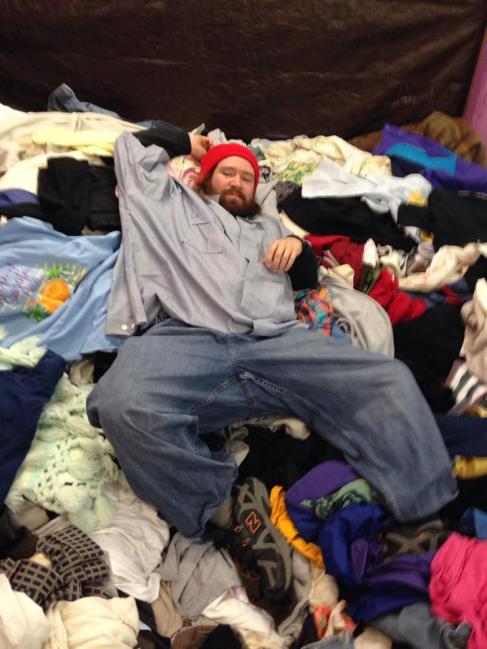 No one knows how Frank Hurricaine got so good. The way he plays guitar makes it sound like he spent long hours in his bedroom as a teenager, teaching the strings to talk, so they could tell their own story, a frenzied dystopian epic of the American dream. Stories of hidden America populate his songs, like the thugs themselves from the Creole mafia who torment him in an abandoned peanut hut in one song. Messages come out of nowhere, and they are mysterious. Sometimes they don’t reach you until you are asleep at night, and your nightmares become parables. Hurricaine played last night in the cozy living room of The JP Drive-In, and his lovely masculine voice have this all a tone of comforting humor, but these are crazy, heady trips he’s taking you on. Hurricaine is about music changing people, radically, and once you’re in there’s no coming out, you’re with him for a joy ride in a hearse limo into the heart of the spiritual underworld.