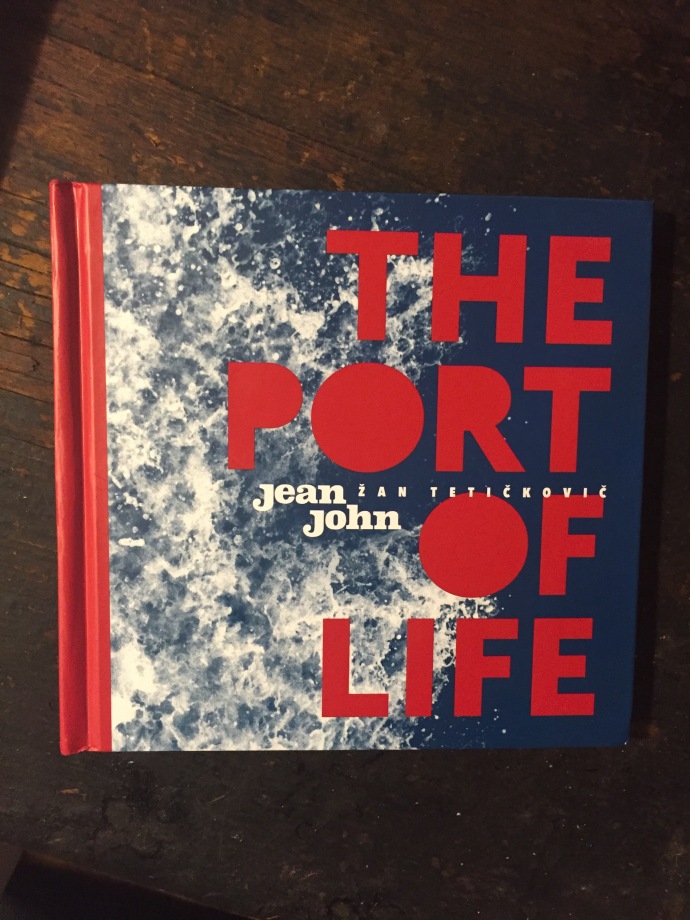 The Port of Life is the new CD by Jean John (born Zan Tetickovic), Slovenian born composer and drummer, which has already won Album of the Year from Slovenia’s major music publication, JazzEtna.

Somehow this record makes me think of another concept album, Herbie Hancock’s 1969 The Prisoner. It’s got big washes of brass, waves of modal piano, cinematic strings. It recounts the immigrant’s experience, Jean John’s own, having moved to New York City in 2011 – and the worldwide immigration crisis at large. It is expansive, dramatic, and understated.

You can hear flashes of McCoy Tyner’s large ensemble work, Count Basie’s surging songs from the ’50s (as in an album like Atomic Basie), lots of Mingus, with the complex time shifts and juxtapositions of old and new. John has a great command of music history. Even the classical undertones are considered, bringing to mind, for one, Schubert.

There is a sound clip midway from President Obama saying how we are all immigrants and this should be repeated often and frequently. We can all relate to this, even in our own present lives, if it’s something as simple as moving to a neighborhood very different from the one where we grew up. The Port of Life reflects on and reflects this, with a perspective and a sound which is universal.

John is a silent drummer, I could almost say. If you listen carefully, you can hear the complexity and subtlety of his rolls and dynamics, but he uses his set almost as a conductor for this largely orchestral work which, for all that is, through and through, from beginning to end, saturated with and representative of the best of classic jazz.