A lesser-known figure in the popular history of rock music, Robert Wyatt is as blitzing an innovator as Hendrix, and as blindingly intense. Soft Machine, the band he co-formed, and drummed for, in the late ‘60s, created jazz-rock fusion for Europe in the same way as Miles Davis did for the US, and as crucially and creatively, which is an achievement that cannot be underestimated. It is the equivalent, in physics, say, of something like splitting the atom.

Recently discovered tapes have produced the new Cuneiform release of ’68. Here, Wyatt is in contemplative, meditative mode, largely extemporaneous, creating segments that would go on to form Soft Machine’s releases Volume Two (Probe, 1969), and Third (Columbia, 1970). Wyatt was impetuously driven, as an artist and as a human. He would extrapolate from his inventions to the point of nebulous expansion, where things would buzz and break apart in his musical art.

’68 shows him in the studio, alone, at the start of his experimentation, where things are still peaceful, and take you into psychedelic, pastoral reveries of your own mind. They produce missing links, new pieces of the puzzle of his creative evolution. Of the two major cuts on the album, “Rivmic Melodies” would go on to form the bulk of Volume Two, and “Moon in June” would appear as Third’s exclusive vocal masterpiece.

As elements cast aside from the projects that would go on to form the group’s seminal achievements, they may seem minor; but as the underexposed, overlooked earlier phases of the works, they are just as revelatory, in their own ways, giving a glimpse into one of music’s greatest minds, and proffering new ways of looking at Western music. 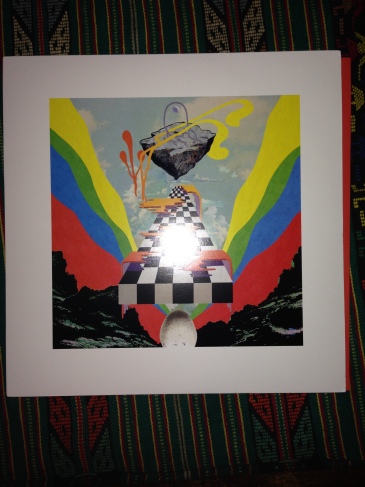 Gay disco baffles you with bombs, or bombards you with bafflement. The lyrics sound like computer poetry, and you can’t tell if the record’s skipping when you put it on, it changes so fast.

Kassie leads the troops, and she’s unflagging. She’s got a lilt to her voice, which she modulates into coos and screams. She’s like another instrument, and it’s like she’s the ball attached to a rubber band on a paddle.

The dynamics are good. It’s got the classic rock loud/soft/loud pattern, but you never know when the soft is going to come, so it’s like a delay stagger, when the green lights are aligned so you can just buzz through traffic.

Some of the patterns evolve like a bubbling spring sending rings out in a pond, bullfrogs hooting at night. Arian can get a cheesy funk sound out of his guitar, and it’s so clear you feel you are there, right in the gay disco, your butt eyed and guys peering at you shyly.

Arian rules this band. It’s his sound that counts, like Harrison’s counted for The Beatles. It’s got heavy psychedelic obbligatos, and they’re wired around the funk like copper coils. You really feel like an electrician when you hear this, clamping high voltage cables with pliers.

And it’s a cure for the blues, like electro convulse therapy. I think it’s Simon who sounds like Beck on the beginning of side two, rapping to Peter’s heavy rim shots. Simon and Ian are like defensive backs in a football game, reining in the energy.

Guerilla Toss have mastered their musical complexity on this disc, so it still sounds simple, and it’s fun, for all the mathematical formulae they wear on their sleeves from music school.

There are days at the beach on this record, and electrical storms. Sonic volley ball, and sparks flying. The tension can be maddening, until you own mental angst is part of the music. It’s dark, this must be said. But then so are their shows, but you don’t notice so much because everyone’s partying. And then, in a way, it’s like looking at the party space the morning after, the silver beer cans glistening in the sunrise.

Peter tempts you to look at the business as a junk shop charade. Indeed, you have to thread through the stuff to find the salient themes, and it can be grueling to do so. It’s the thrill of finding the shards of an antique pot you know just how to put together.

Illusion of Porpoise has a bunch of strong women – Kate Lee, Lucy Watson, Sydney Kinchen, Heather Downing, front lady baby Ada, and now, guitarist Justine Berti. The band has a timeless sixties feel, abundant with the unexpected, a touch of the exotic. Just a bunch of friends to begin with, this band has real promise and may go places, as long as Ada has a nap.

Advaeta brought the luster and love of New York City to JP Drive-In last September, Amanda, Sara, Lani – they are “as glamorous as stars in Andromeda” as I said in a poem. They have rolling waves of grand eighties-style Brit pop, pliable blades with nasty cutting edges.

Fat Creeps are not fat creeps. They’re cute girls. Their The Ascensions in my new novella, and they bring the audience hovering like a flying saucer into the space of the nightspot. “You guys are better than Nirvana,” a guy said. I couldn’t understand their lyrics to know if their songs are better, but I certainly enjoyed listening to them more.

Kassie Carlson has the energy of a jazz dancer, and a brain that can process the cross-weave of Guerilla Toss energy in a way that sends her body into a witchy frenzy, though she’s cute as a button and always smiles.

Sophie Dickinson, playing noise-interfered harp, has all the simplicity, charm, and grandeur of a country manor. She takes you to places in your mind – hidden passageways, gossamer laden attics rife with lace and antique dollhouses. Her energy is as effortless as a windmill churning flour.

Noell Dorsey has the most beautiful voice. She can be strange, or simply lyrical, eking bird tweets out of her mic-stuffed mouth, long trills that chill your spine, but leave you with the sweet warmth of summer’s end.

Bang Bros! are diamond miners. They work their butts off, pulling chunks of coal out of the earth, with a lot of black dust and some shining gems. Mark Johnson, en route to his new home in Philadelphia, is the fearless explorer, shifting modes and paths to where the excitement is. Arkm Foam has great, funky, funny rhythm, and a mountain of energy. Johnson locates the ore, and Foam gouges out the best stuff.
One thing I would like to see is more investment in the glistening, fluid sections that come up in their performances. They move from one place to the next so fast much is lost in the process. There are so many permutations possible when they hit a good vein, with cross weaves of blitzing beats and technicolor showers of electronic wow and flutter, but the process is so fast another passage comes up on its heels that may be a little to dull or muddy, before another spectacular break.
But the organic, rough hewn quality is part of its charm, like whole grain bread that still has the bran and kernels. The music is healthy and intelligent. One of the wonders of hearing them is getting a window into their minds, where process still overlaps with product, and the structure keeps changing, shifting, and evolving as they go along. They are so open, uncensored and unedited that their improvised forays come together at the end, as a satisfying compositional whole. 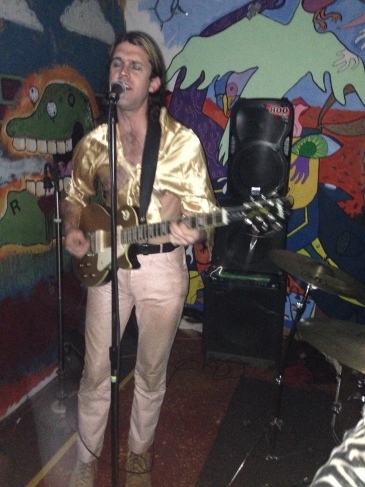 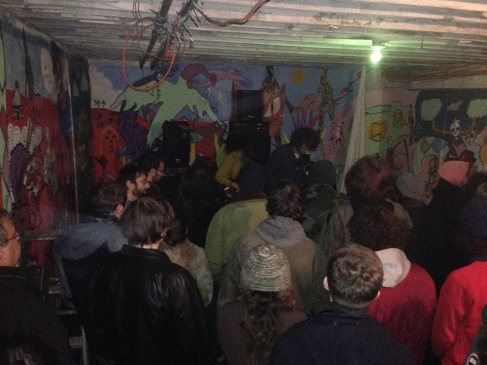