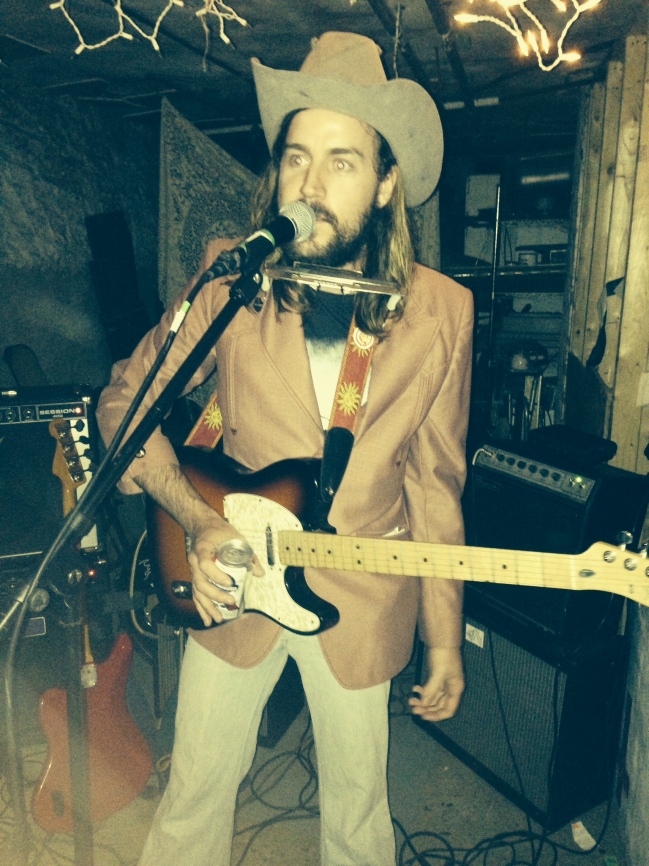 Greg Mullen starts with “Embarrassing Song”. He wants to die and get high with friends. Is the problem with ideas or kissing or getting embarrassed… He’s solo, on a country style electric guitar. He’s got kind of a folksy core, which is too authentic to be tongue in cheek, but he’s got a glitzy Gram Parsons quality. He’s got long fingers that pluck the strings gently. The sounds are stinging and resonant. The band is like The Grievous Angels, Parson’s band. It gets tense, and then it’s feel good music, then it’s funny.

Con Tex had some great new songs with his new bass and drums trio. For one of his later numbers, he rocked out, wailing and windmilling, Pete Townshend thrown into his Jerry Garcia cocktail. At times, on the acoustic numbers, he still sounds shy and awkward, but on the heavy , edgy numbers he’s a rock star. Con Tex plays Dark Star-like freak outs at shows sometimes, mixed with his surreal short stories on tape, stuff about drug producing trees in South America. Let’s hope he works that into the trio soon.