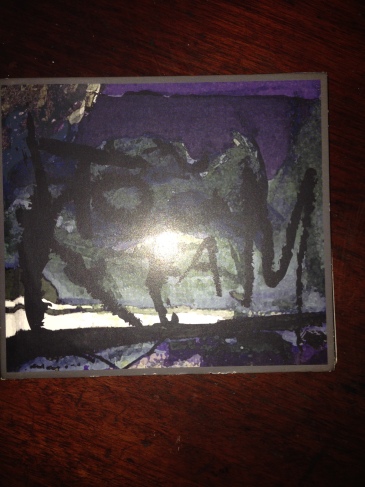 “Bicho Raro” is a South American slang term meaning bug. It’s the first track on Andrea Pensado’s 2011 release, Ktotam. Pensado has a legacy of composed new music, with international exposure. But she has renounced, if not turned her back on this. Her new music has bursts of screams and noise, graced with lilting samples of 19th century late romanticism. It’s a heady brew. It draws you in, blasts you back, and marks you with its passion.

Ktotam has seven tracks, a couple with her friend Greg Kowalski. They have the air of bold primitivism, with touches that let you know this is a lady of grace, comfortable in European conservatories, even if they made her bored. The kids like her music because it’s noise, and it’s loud and rebellious. Indeed, she has become a goddess of the young at basement shows around Boston.

Textures are sanded and planed, then ruptured. Perverse whispering creeps in, with loud whistling. She has a genius, and that’s the fluorescent force of her shaping ability. The compositions resist form, smashing leitmotifs, but the shattered fragments graft on to your body, and the body becomes the shape of the song.

Ktotam was released two years ago, and recorded earlier than that. Pensado has chosen, apparently, to resist the impulse to chart her forays into her new field on a frequent basis. Perhaps this is part of her art, and mystery. In many ways, it is as if she has stepped into a new phase of evolution with her art, a new state most artists never approach. The way she expresses herself is private, though it seems to bust your chops.

“Ktotam”, the title piece, beginnings with low humming and scraping, like a subway train approaching. Buzzing accrues like flying saucers, or a pan of frying sausages. It’s a whole new world you inhabit, with sparks, exploding bombs, and flashes. What begins as disturbing and unsettling becomes comforting and enveloping, like a mohair blanket. Changes occur abruptly, like the stages of falling into a nice, deep sleep. The jolt stays with you like the aftershock of an emotional event, but so do the glorious, sweet vicissitudes, and the disc stays in your mind and blooms, like a trellis plant.